After another enormous breakfast with the lot and a couple of hours in the car we arrived at the Irish National Stud and Japanese Gardens as it opened for business. T 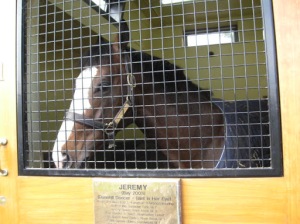 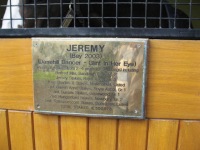 The gardens were very tranquil and well laid out. We left the gardens and headed the horse museum not all that much on display but interesting just the same. Couldn’t work out for awhile why they would have 1993 Melbourne cup race book on display but the remembered who won the cup that year – Vintage Crop (Irish Horse).

We then took a walk pass the stallions 9 in all and with one of them worth over 70 million euros, there certainly was some money tied up in that little complex.

We then walked through another garden which was very pleasant with all the daffodils out and the swans swimming along in the creek. Up at the top of the stud were the mares and foals paddocks. All the babies were enjoying a frolic in the sunshine and all were very well handled and quiet.

Most came over for a pat and have their ears rubbed. After some shopping in the gift shop (yes I actually bought something first purchase for the trip) and a coffee in the restaurant we head towards Dublin for the night.

We eventually booked into the Clarion after missing it a couple of times on the freeway. We could see it just couldn’t get to it. Well worth the effort.

Best seafood chowder I have ever eaten.

One thought on “Kildare (Irish National Stud) on to Dublin”

Planning 2021 TravelJanuary 1st, 2020
Taking 2020 off from OS travel, may sneak in a few domestic trips. Well that didn't quite go to plan now looks like travel break is for another year - all OS trips have been postponed until 2021.