We awoke to lightly clouded morning, with a few more clouds coming in by the afternoon. Overall again a pleasant day for sight seeing  as today we visited Ghent in the morning and Brugges in the afternoon.

Again breakfast was welcome and every day we say we are coming down earlier to enjoy it at a leisurely pace rather rising to make the first onshore excursion. We left the ship and boarded the coaches waiting on the dock and were welcomes by local experts to show us the city of Ghent, partly by coach and partly  on foot…. Cobblestones!

In the afternoon we visited one of Europe’s most beautiful cities. This well-preserved medieval city is a delight for the eye. A canal boat cruise is part of the experience!


Some of the sights we took in…

Flanders emerged as an important producer of lace(kant) during the 16th century. Made from threads of linen produced from locally grow n flax or silk, such filigree yet surprisingly tough patterned textiles were produced exclusively by hand until the 19th century, when machine made products using cheaper cotton swamped the market. In cities like Bruges, though. many shops have exquisite lace made in the traditional manner which is a highly skilled procedure involving braiding and crossing bobbins around pins stuck into a pattern. 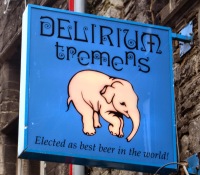 Such a pretty place that I am keen to visit again with more time to explore and enjoy it’ character and charm. With more time it would be a shoppers paradise only to be followed by great food to satisfy the appetite built up exploring the wonderful little stores. Belgian beer is an inexhaustible subject, apparently one can quickly get a good grounding by taking a guided tour of the small brewery so this is a must do for next time for me.
We almost crawled back on the ship for a very short break before getting ready for yet another three course dinner which was out of this world.
One thing is to be sure, this cruise is not going to be as relaxing as I imagined. 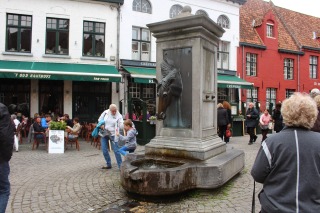 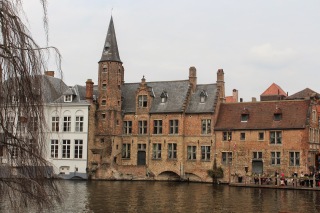 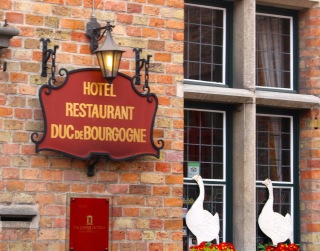 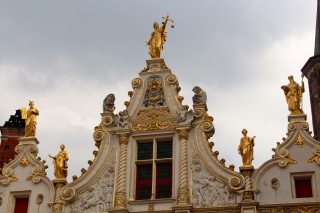 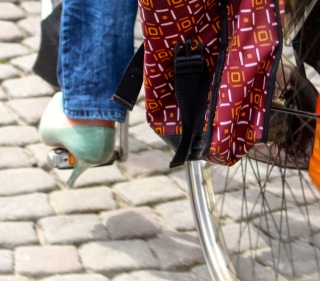