They came from far and wide with most choosing to stay night near the airport pre-departure. A popup dinner with those staying at Rydges in the Black Wattle grill. For anyone flying our on early am flight this is the best way to do and arrive at check in relaxed and well rested – ‘the best beds’ “Sharpy wanted me to tell Don he had changed his mind and we could pick him up from hotel on the way home, so impressed with the bed was he.

We all got checked in without incident the official tour caps were presented and introductions made, It was great to see we had all points of the compass represented. People quickly got down to the ‘where are your from?’, Do you know…? and ‘Did you get any rain? We headed through security and I don’t think anyone got a ‘Don’t come back’ stamped in passport, so were were off. Frank managed to give his customs guy some homework ‘ Mate, you need to look Nyngan up on the map, it’s really not that far west  Orange’ (This is where the customs guy grew up and was educated but he wasn’t sure where Nyngan was) 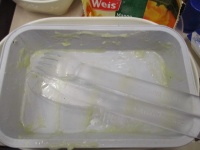 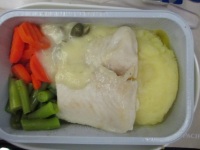 We straggled through duty free and all arrived at the gate in plenty of time to board flight CX110 departing at 8.35am. Flying time around 9 hours on A330 with seat configuration 2-4-2, we were scattered through one section of the plane but not all sitting together.  Shortly after take off a very tasty breakfast of roasted vegetable frittata with bacon and chat potatoes (that was my choice anyway) accompanied by bread roll and yoghurt juice etc. I promptly slept for a couple hours before watching a movie then you guessed another couple of hours snooze. I then decided to watch my second movie for 2014 and settled into Philomena with Dame Judy Dench which was excellent.

Our second meal (we beginning to think was never coming) arrived about hour before we landed. I had the grilled fish mash carrots and green beans which probably nicest in flight meal I have ever eaten.  After the crew cleared the cabin we landed is a very foggy Hong Kong, so much for the spectacular view I am told is there on a clear day and to think I wasted a credit with Sharpy to get his window seat, I bet when we fly out and he is back in window seat it will be as clear as a bell. 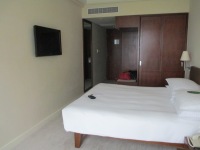 Our guide Alan met us at the airpot and did a quick tally up of numbers, yes we all made it and all had our bags although Louella’s was looking doubtful for a short while but eventually out it popped. 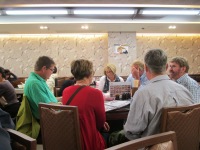 On the 35 minute bus ride from Lantua Island (where the airport is) to Kowloon and our Hotel, the Harbour Plaza Metropolis. Quick showers all around and we gathered at the hotel shuttle to head to Peninsular Hotel for one drink before heading up Nathan Rd for dinner, we found a funny little place where the locals were all eating and joined them for and took a shot at ordering, the boys mastered getting a beer pretty quickly and Heineken and Tsingtao were the popular choices.

After usual …what would you want …what ever everyone else is wants… (the universal ordering process even at chinese at home)  Sharpy took the plunge and ordered for our table (MacWool had 3 tables) the food was good and nothing unrecognisable although heard one table comment they may have drunk the hand washing water in place of their soup.  A walk down to Temple St markets, seen on one market seen them all is my take on that but I am not much of a shopper as you all know. Walked back down Nathan Rd caught the shuttle back to our hotel and turned in after long day.

Planning 2022 TravelJanuary 1, 2020
Taking 2020 off from OS travel, may sneak in a few domestic trips. Well that didn't quite go to plan now looks like travel break is for another year - all OS trips have been postponed until 2022.