Feeling refreshed somewhat or maybe a second wind, just enough to get me on the Eurostar where I could grab a couple hours sleep, John, Michael, and Fran were in the carriage behind me so it was welcome quiet time for me and I think I was asleep before they cleared the breakfast things away. Uneventful trip arriving although train hour or so late leaving due to issues with another train we arrived at St Pancreas at a bit before 2pm. John and I were booked at the Ibis near the station as our train to Walsall was leaving 6.30am the next morning. 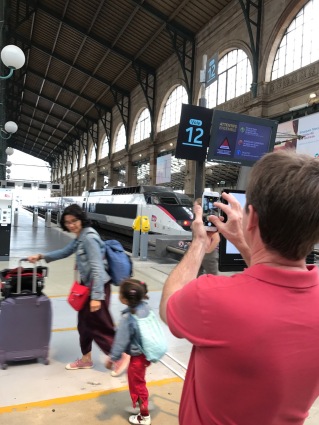 Michael met us at the station and we set off on our train ride with one change at Birmingham. We were in Walsall a little after 10am and after a quick cab ride to collect our final hire car for this trip. 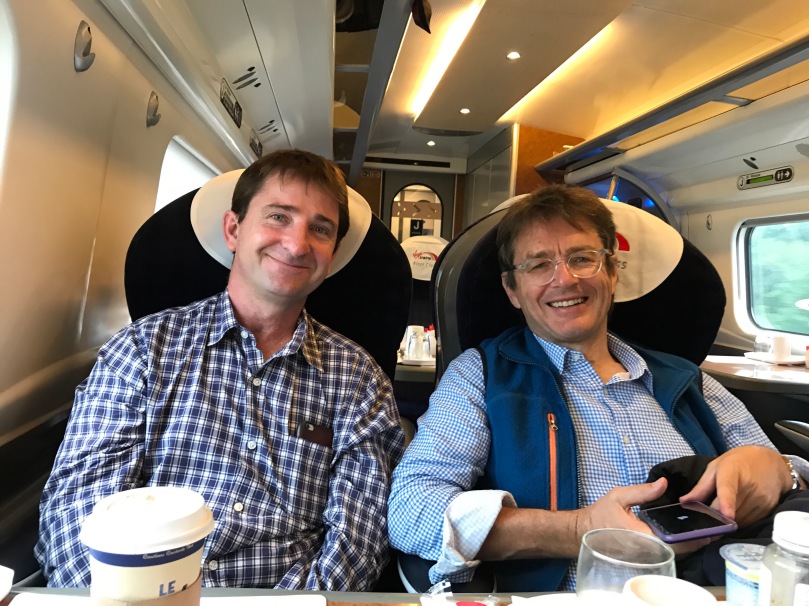 First stop was the Leather Museum which was interesting and John spent quite a while with the in-house saddler looking at various works in progress and techniques. Michael and I left them to it and found the coffee shop and caught up on emails and messages etc. After a lunch, at a non-descript pub in an ordinary area of Walsall, we headed to the Cedric tannery and saddlery suppliers. Michael and John spent a long time looking at different leather and checking our saddle trees. They pointed in the direction of another place where we arrive just before closing so after a chat and a quick look around they arranged to come back tomorrow, minus Michael who was needed back in London on the night train. 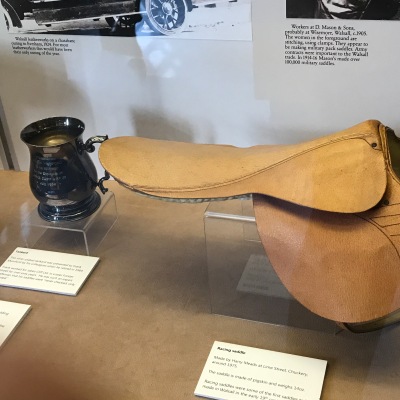 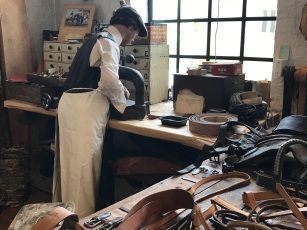 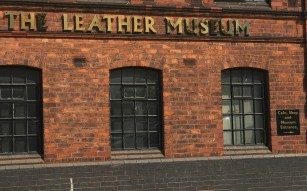 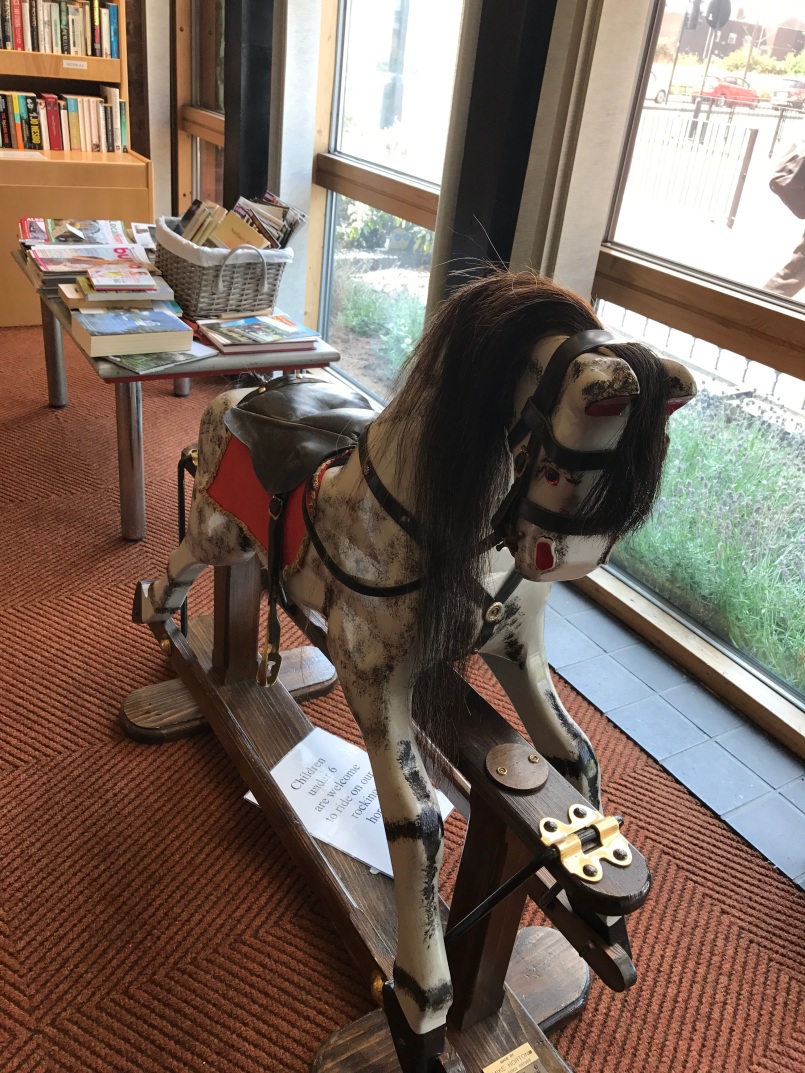 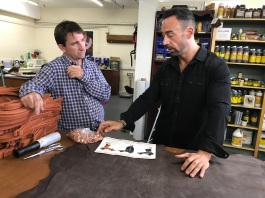 night and found the Novotel in nearby Wolverhampton we were grateful to see our beds as soon as we had a quick steak in the hotel restaurant.

Next morning it was back to Sedgwick &Co where I spent a glorious couple hours dozing in the car and searching our a couple contacts for John while he did a complete tour of the tannery and came away with sample dye for his leather edges and contacts that will be good in the future. We hit the road again headed to Beam House Engineering hoping to make before they closed, which we did just. Michael and Colin were great and Colin showed John all over the operation and some of the old machinery they had around the place. The most important thing was Colin was able to link us up with a friend of his at the North Hampton University which runs a three-year Bachelor Course in leather tanning.

It was all arranged and Colin took lead us over (about 30 miles away) to the uni and made the introduction to another Michael. They then when through every machine and technique used to tan various leathers. John spent several hours poring over the equipment and gathering as much info from Michael as he could. The two fellows might be the best contacts of the whole trip. 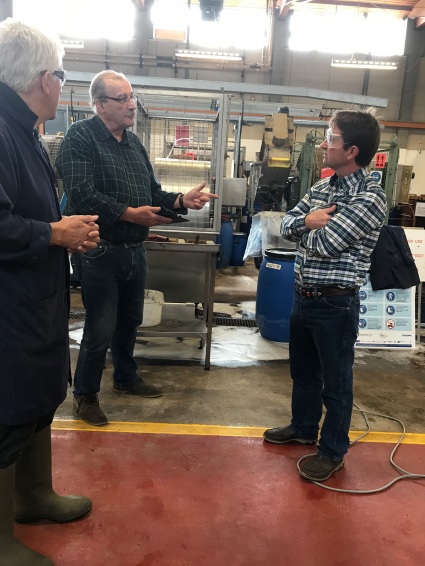 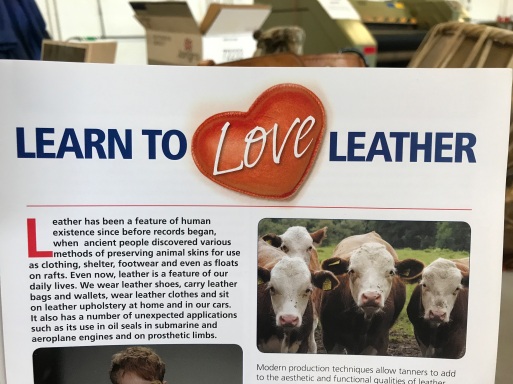 We left around lunchtime and headed south in the hope that we could get back to our starting point in at Devon.

John spent time on the phone trying to confirm if the guy was going to be there. In the end, it looked doubtful so we pulled the plug and headed back to Heathrow to ditch the car. Check in somewhere for the night and then leaving our bags at airport head into London for couple days and one night. We arrived back and eventually ended up at the Hilton near terminal 5 after Hilton at Terminal 4 was fully booked. It was a taxi ride away but the hotel was good although I didn’t think the restaurant was all that good for the process they charge. Should have tried the in-house Chinese restaurant never mind, next time.

After a good night, we headed back to terminal 4 to leave our suitcases at the ‘Left Luggage’ storage at terminal 4 and boarded the Airport Express ( for convenience, the tube is a cheaper option and not that hard to work out. We arrived at Paddington found the first Red Hop on Hop Off bus and set about doing the loop to see the sights (included a river cruise on the Thames from Tower Bridge to Big Ben. We ended taxi back to the financial district to our hotel. Managed to book the Apex Hotel (5*) for about $160A a night it was so nice and we decided on room service for dinner. Tonight was the night I was getting up to see Irithea run at Gosford and win her second race this preparation. So at 2am, I am in the bathroom watching while someone back home (with FB live video of tv) for me (thanks, Jeff). Sarah and kids were only ones able to make the races, so the got to be in the winning photo which was lovely. 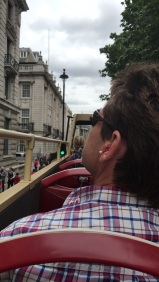 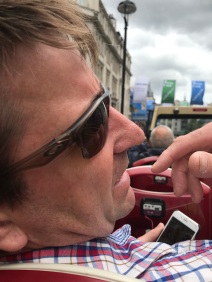 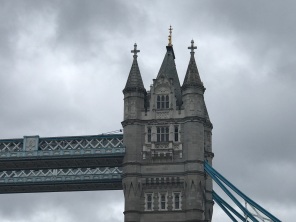 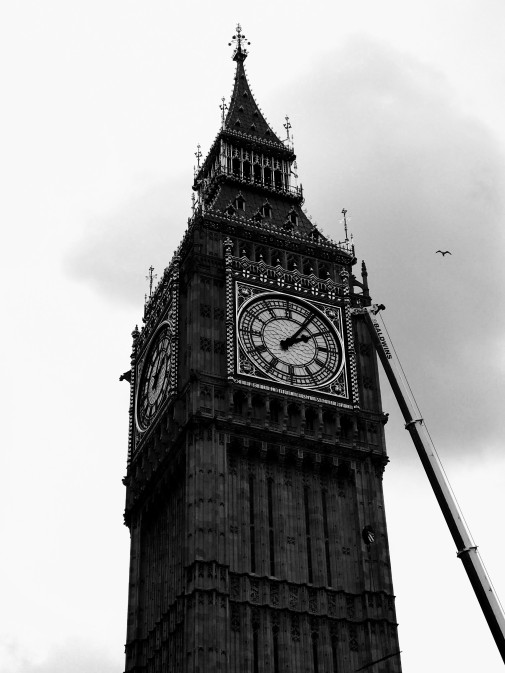 Up the next morning and that was that our last day spent getting to Harrods (after failed attempt to finish loop on the red bus, cycle London was on and many roads closed and traffic horrendous) we ended up bailing and taking the tube to Harrods then to Heathrow before checking in for the flight home. Lots of sleeping on the plane for me, can’t believe we managed to fit so much in such short time. After a quick stop in Dubai and negating the strongest security yet( due incident back home where groups tried to board and bring down Etihad flight from Sydney), they went through every single carry-on bag, we had very little which saw us through quickly but some people took ages to get through. Another reason for not taking much carryon. 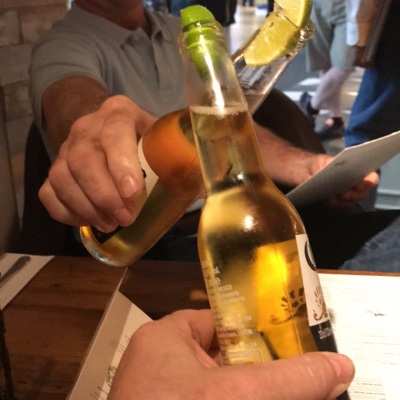 In summary words can not explain how great this trip was and I only hope it gives John the desire to travel more and take the girls back to see the places he has seen( of course not at breakneck speed like we did it) I will never forget how lucky I have been to experience this trip and it will sit very high on the best ever trip list. Phew finished this a couple weeks before the Candid trip. I have said it before and will say it again. Must write as I go it hard to catch up and remember everything. Although this exercise has been good to recall and relive the trip again…